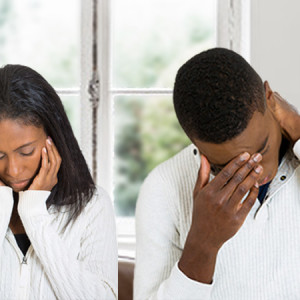 Charges of domestic violence can heavily influence the outcome of a case brought before New Jersey Family and Criminal Courts. Every person should feel safe in their own home, which is why courts consider any alleged violence when making a decision in a divorce or child custody case. However, some may not understand what constitutes as domestic violence in the eyes of the court in New Jersey.

In the eyes of the law, any physical, mental or verbal abuse could constitute domestic violence given that the abuse threatens the person’s life, emotional health, or mental health. This distinction can be a bit broad for many people. What one considers domestic violence, another may consider just a bad marriage or poor communication skills.

Whether you feel you have been the victim of domestic violence, or your spouse has made a charge against you that you do not agree with, it is important to find a team of Somerset domestic violence lawyers that understand the laws in New Jersey and can help you find the solution you need to prevail.

As true as it is that some individual people disagree on what constitutes domestic violence, the same reigns true of individual states. The New Jersey Prevention of Domestic Violence Act was passed in 1991 to better outline what is considered abuse and to help protect those who have fallen victim to violence, both physically and emotionally. According to the annual report of the same act, over 40,000 domestic violence complains were reported in New Jersey in the span of only one year.

Somerset Domestic Violence Lawyers at the Law Offices of Kisha M. Hebbon, LLC, Defend the Rights of Victims and the Falsely Accused

Homes should be where people go to feel safe; not where acts of violence and manipulation occur. If you are the victim of domestic violence of any kind and do not feel safe in your own home, or you feel you are being accused of violence in order to aid a spouse’s case against you in court for child custody or divorce settlement, contact our Somerset domestic violence lawyers at the Law Offices of Kisha M. Hebbon today. We can be reached at 732-873-6464 or you can contact us online for more information.