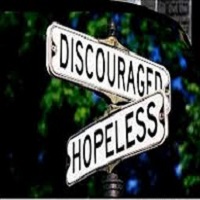 A recent study conducted by Alexandra Killewald, a professor of sociology at Harvard, found that divorce rates may be linked to the employment status of the husband. Although traditional marriages typically place the husband as the breadwinner, changing family dynamics over the last several decades have seen this standard begin to disappear. However, husbands who are either unemployed or work only part-time are at greater risk of marital instability and divorce, the study finds. Killewald states that divorce rates are less influenced by financial status and income, but rather time spent at work. This is supported by the fact that the study’s results do not show a discrepancy in divorce rates for husbands who work for lower salaries, or even volunteer, and those who earn more.

Couples married before 1974 and those married after were distinguished from one another in the study in terms of division of labor in the household. Killewald found that with couples married post-1974, division of housework was less important in determining marriage length with unemployed husbands and those employed part-time. Those married pre-1974 saw less divorce in households where the division of labor in the home featured women more prominently. Killewald suggests that this shift from a traditional marriage dynamic means that men’s lives are affected by expectations of women in the household, as well as the changing expectations of both genders in division of labor.

One unfortunate implication of this study is an increase in divorce rates due to the downturn in the American economy over the past decade or so. Although jobs and salaries are on the rise in several areas of the country, some states are recovering more slowly than others. The rise of divorce in New Jersey can be attributed to this changing image of the American household, as well as the loss of many jobs in the state over the past years. Divorce lawyers in New Jersey have been called to assist couples throughout the state to resolve marital disputes and ease the process of separation.

Despite this potentially grim outlook, the study also suggests a way to improve marital stability, especially in couples married within the past 40 years. For husbands struggling to find full-time or even part-time employment, taking on more work outside of the house has a positive impact on marriage – regardless of the amount of income generated. Even volunteering or performing work functions pro-bono has a positive effect on marital health.

If you are facing a divorce, regardless of whether it is due to the reasons above or another matter entirely, the Bridgewater divorce lawyers at the Law Offices of Kisha M. Hebbon, LLC can provide guidance. We serve clients in Somerset County, Middlesex County, and Union County, and the towns of Somerset, Franklin, Bridgewater, New Brunswick, East Brunswick, Plainfield, Edison, Metuchen, Woodbridge, Piscataway, Old Bridge, Rahway, Linden, Elizabeth, Cranford, Summit, Union, Clark, Elizabeth, Berkeley Heights, and Scotch Plains. Contact us online, or schedule a consultation at 732-873-6464.